After a wonderful sleep at the QF Hotel, we boarded our bus to a short trip to Meissen Germany, known as the cradle of Saxony. The drive was wonderful as we crossed some wonderful countryside. 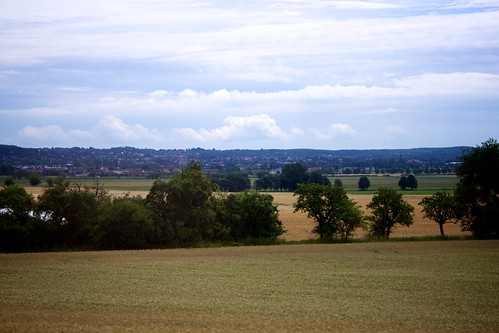 Meissen is famous for being the first place in Europe to produce porcelain outside of the Orient in 1710. The Meissen factory still is up and running and was our first stop. We had a personal tour of the museum and even got to see how they currently produce porcelain and create the wonderful pieces from cookware to porcelain figures. It was interesting to note that most start work at the factory by apprenticing as early as 16 years of age. 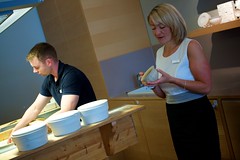 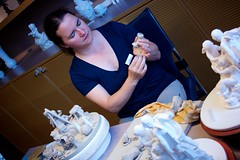 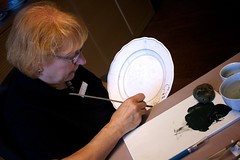 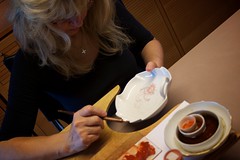 We later continued our tour of Meissen which included a wonderful view of the Albrechtsburg castle and Cathedral. 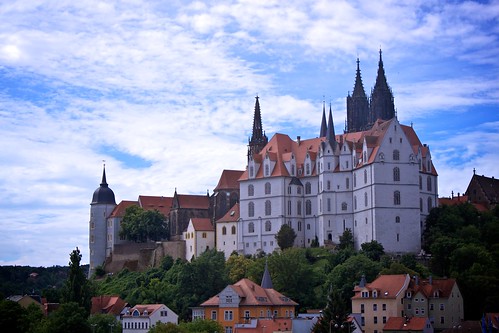 The remaining of the day was a free day from the tour where we got to explore the rest of the city. We stopped at a coffee shop just outside the Opera House and watched a wonderful sunset hit the Palace and watched people just come out of the Opera House as it was over. It was such a pleasure to see people enjoying culture from young and old. 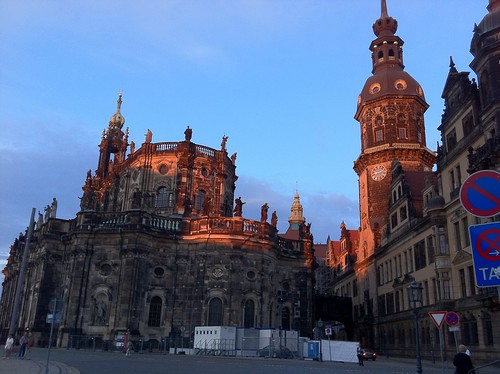 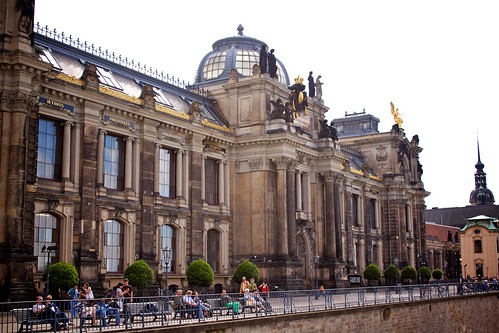 We are now in Dresden which is the capital of the Free State of Saxony in Germany. This city was bombed heavily during World War II and most of the city was destroyed. It wasn’t until fairly recently that this city has begun a full reconstruction and major historical buildings are being rebuilt in the same style (baroque and rococo) and craftsmanship as it was before their destruction

Upon arrival into our hotel, the amazing QF Hotel, located in the centre square of the Old Town, we headed on a quick private tour beginning at the restored Opera House. Our 1 hour long tour took us to several halls and meetings area which were magnificently reconstructed to their original style. Although there weren’t a lot of photos pre World War II, most of the citizens from Dresden were interviewed and shared their memories which gave the architects a way of reconstructing the Opera House. Alas we were not allowed backstage, which is larger than the actual seating area I was thoroughly impressed with the structure and acoustics. 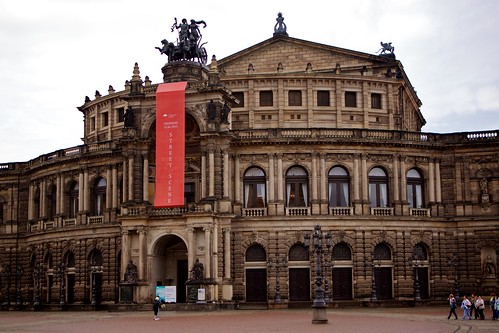 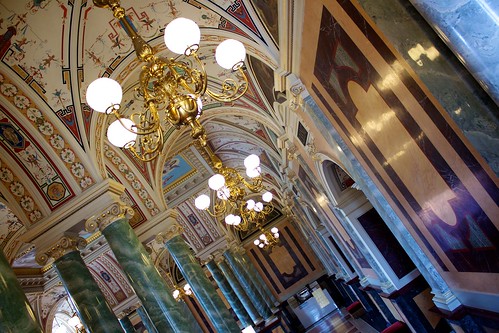 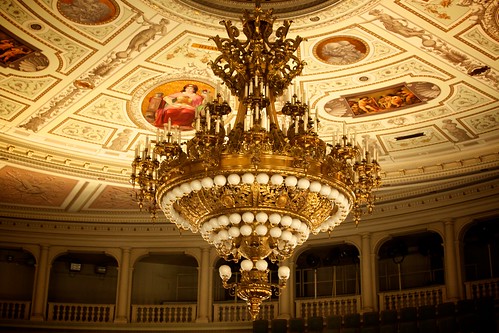 We continued for a quick tour around the old town to get ourselves familiar with the town. It was obvious that their tram system is amazing with a tram running in all directions from the old town. 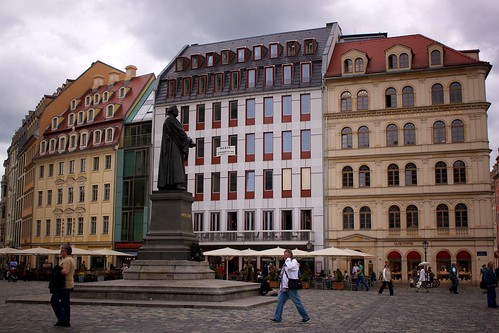 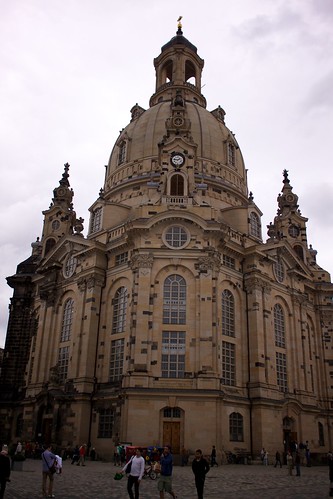 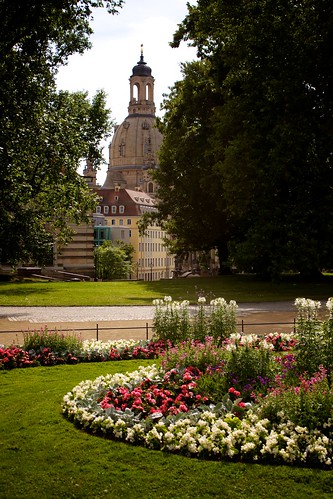 We later celebrated a birthday of one of the fellow tour attendees at an amazing German restaurant – Sophienkeller. We even sat in their merry go round table which had swings and actually rotated around. We had several people take photos of the tour group, alas I don’t have any (which might be a good thing 🙂 )