Our tour has officially ended with most of our tour mates leaving today. Russ and I still have a couple of days left to enjoy the city and since museums are closed on Mondays we thought it would be a good day to check out a museum.

Russ really loves Egyptian artifacts and has gone to Egypt before so and our main goal today was to head over to the Egyptian Museum to view their artifacts. The museum has 4 levels of great artifacts throughout the many history of Egypt from the 4000BC up to the Roman rule and up to rule of Akhenaten (around 1340BC). The main highlight of the museum is the famous Nefertiti colour bust which is guarded and on the top floor.

I was really amazed at the quality of the collection and how it was showcased. Seeing Nefertiti’s bust was amazing. Truly a work of art and truly a beautiful piece. The bust is said to be a true likeliness of Nefertiti and lives up to all the hype around it. She was a beautiful woman with amazing features. Well worth the €10 price. 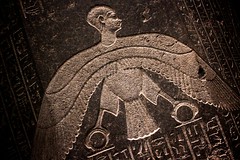 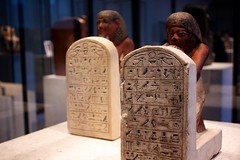 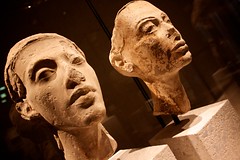 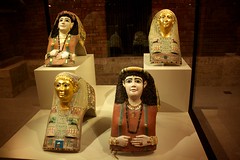 On our way to the museum we encountered an open air concert from the Berlin Symphony outside the Humboldt University on Unter den Linden. It was amazing to see people of walks of life enjoying the music, from young and old, it was a great experience. I just wished we would have had more time to enjoy the music, but we wanted to make the most of the museum itself. 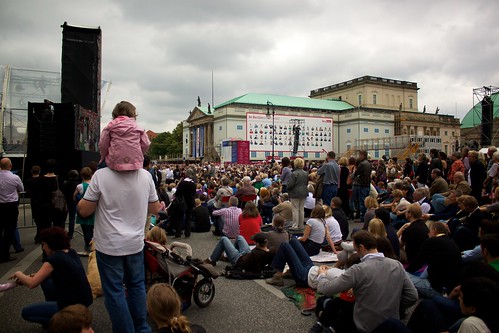 The day concluded with a nice dinner out to an Argentinian Steak House (which really wasn’t Argentinian at all 🙂 ). 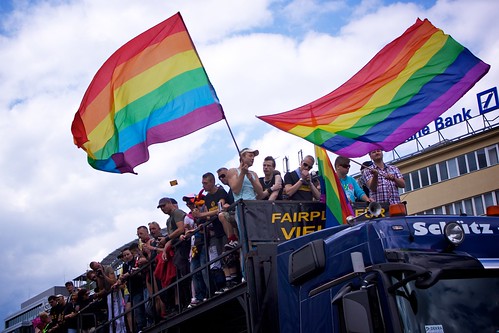 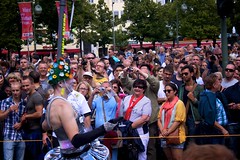 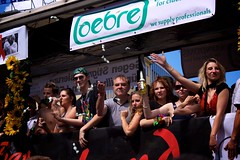 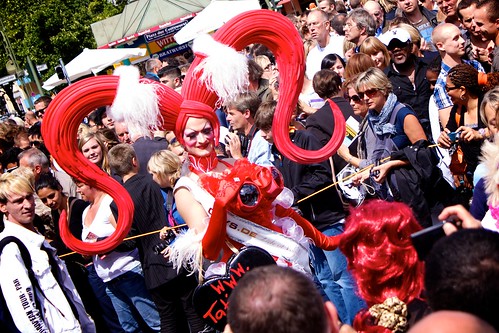 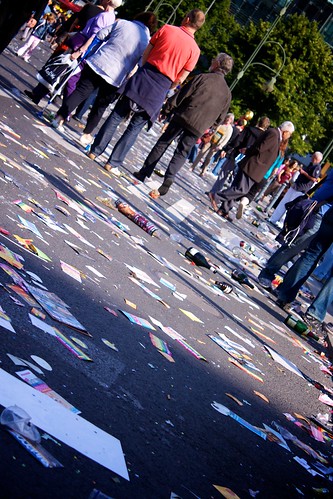 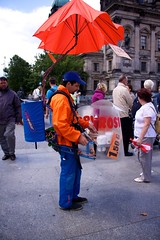 Today was a free day for us, which meant we had no schedule tour plans from the company and we can go out and explore Berlin as we sought fit. Our tour guide the night before did mention that he was going to get on the “hop-on, hop-off” bus and see if there was anything of interest that might be worth seeing. Both Russ and I thought it would be a good way to see the city as well as I had a few places I wanted to stop off at, including the Parliament building with this glass dome.

Luckily one of the stops for the “hop-on, hop-off” bus was just outside our hotel. One bus that stopped, offered a day pass for €15, with a €5 more to have the audio accompaniment but only until 10pm that night. Another bus stopped and offered a 24 hour pass for €20 which included the audio accompaniment. Since it was for 24 hours we opted for this company. (Alas on further inspection afterwards we did notice that bus stops at 10pm also.)

With map provided, we were on our way to tour the city. We stopped at several places where we stopped the day before during our half day tour so those places were off our list. I made notes of places to hopefully stop off again on the return trip. We ended up getting off just near the Berlin Cathedral which is surrounded by several other museums. 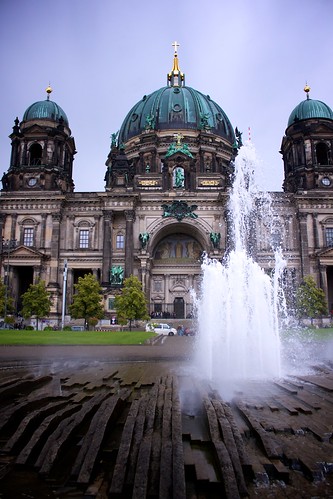 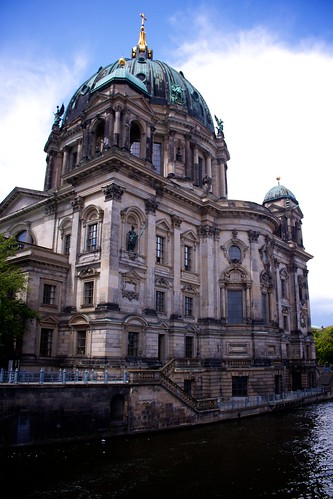 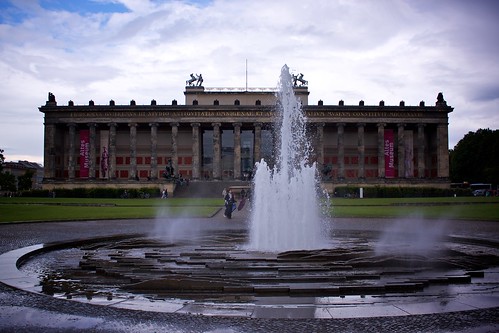 We continued to walk down along Unter den Linden which was surrounded on both sides by more museums and we got to the Humboldt University where they were setting up for an open air concert in a couple of days. 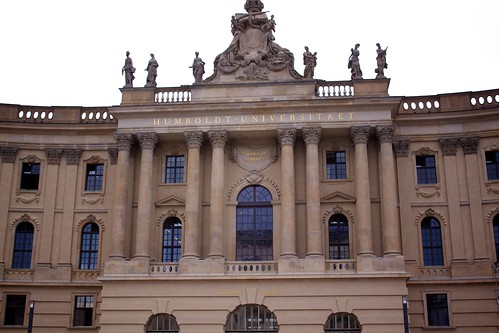 We continued on our way toward the Brandenburg Gate where we got back on the “hop-on, hop-off” bus to continue on our way. Realizing that we promised to meet some fellow people from the tour to head to the Bauhaus Museum, we had to rush along and not stop at any other stop. There were some interesting other stops we wanted to see, but we might have to wait until our other free day on Monday.

The Bauhaus Museum was just down the street from our hotel (yes the hotel was really well placed) where we got to see some examples from Bauhaus and learn more about the school and some of their famous teachers. Overall I wasn’t too impressed with it as I found the exhibit to be fairly small. We completed the exhibit within an hour. 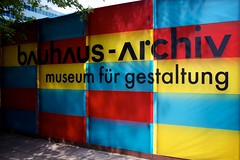 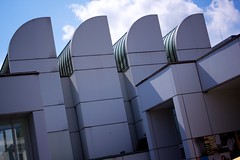 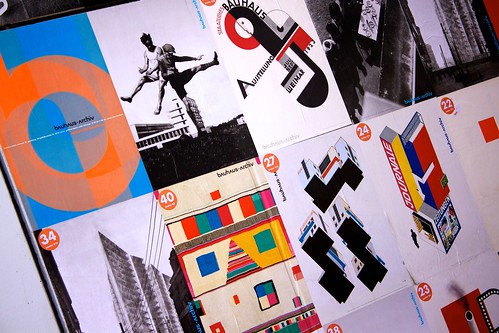 The evening was completed with some of the tour group getting together for a dinner our near by. Fun was had by all this day! 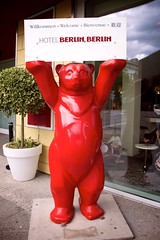 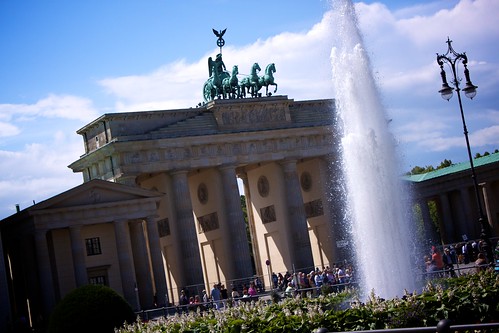 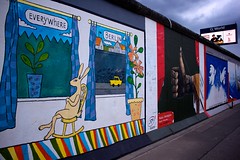 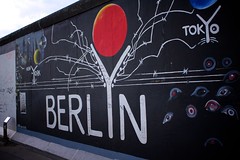 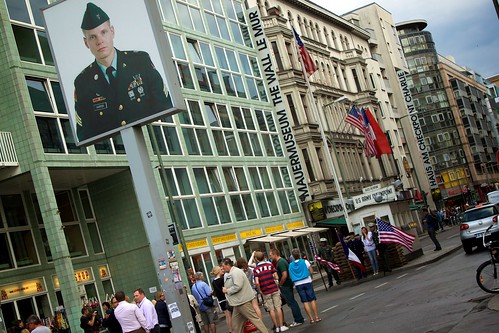 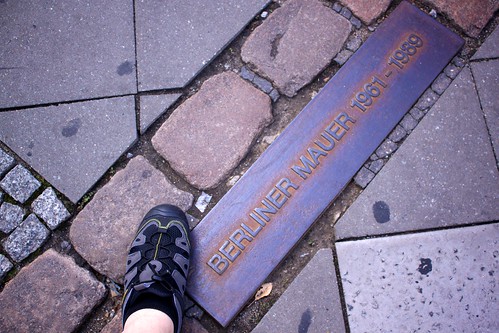 In just 3 weeks time, both Russ and I will be on another trip. This time we decided on a different route and signed up for a tour in Europe. This isn’t a typical tour that most would find and is more of a specialized tour called the “Go for Baroque!” tour because of the many 16th century to early 18th century architecture we will be seeing.

The tour will begin 3 weeks from now and cover three magnificent cities –  Prague, Czech Republic (3 days); Dresden, Germany (the Free State of Saxony)(2 days); and finally ending in Berlin, Germany(4 days). Russ and I have extended our visit with an extra day in Prague, before the tour, and 2 days after in Berlin.

As I’ve never been to this part of Europe before, I’m very excited to see what it has to offer. I’m also scared about it as well. This will be the first time in my many trips that I haven’t spoken the native language at my destination. Yes I do understand that English will be wildly spoken, but it is still hard.

As the trip begins in Prague and ends in Berlin, we had to decide if we wanted to book our flights arriving in Prague and leaving in Berlin, or book our arrival and departure from the same city. After much searching we decided to book our arrival and departure from Berlin, which means we had to book transportation from Berlin to Prague. We opted for a nice train ride through the country and since the train is accessible from the Berlin airport, our decision was easy.

As usual I’ll be document our journey via this blog as well as posting photos on my Flickr page.

This will probably be the last big trip for us for the next foreseeable future. I do have one dream vacation that I want to do in the next 5 years and that will require saving up for.