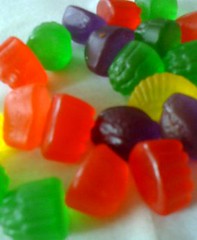 3 Replies to “Sorbitol Can Be so "Irritable"”