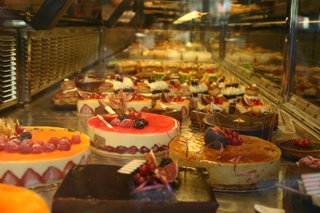 Today we woke up late so decided to just venture out to some of the local Museums in our area. Since the Picasso Museum is only 1 block away, we ventured there. This is reportedly the most work of Picasso on display. In true Parisian flare, the Museum itself is a monument. This is housed in the old Hotel Sale. Definitely looked a lot bigger in the photos, but it’s still an amazing building. The collection itself was impressive, spread over 3 floors throughout the hotel. I was amazed at some of the work and a little thrown off by others. Maybe it was because he is a “modern day artist” as opposed to an artist of the 13th or 14th century. I definitely learned that he did more than just paintings, from sculptures in clay or metal to pottery.

From there we ventured to the Museum Carnavalet (the history of Paris). It was a pleasure to walk in and not have to pay for anything :). This museum houses work from the 16th century up to the 20th century both in paintings, sculptures, and furniture. This museum is housed in 2 mansions and creates a figure 8 design. There are 4 different courtyards with different gardens. Now throughout the musems, which ever one you go to here, they always have people making sure you are not touching the paintings or doing anything out of the ordinary. Their jobs are boring to say the least and I wonder how they pass the time. Well during our visit here, I found out how, they take short naps 🙂 I just had to take a picture of him.

From there we ventured off again into unknown area and discovered some more shops and stopped off for a bite to eat. Nothing spectacular to report on the food as I just had a slice of lasagna and Russ had a salad.

From there we headed home but did stop by at a pastry shop and bought some delectable treats for later tonight. We will be eating in tonight to try to save some money as hopefully tomorrow we will venture off to Varsaille Palace, a 40 minute excursion outside of the city.